June 29, 2016
Though many Sri Lankans have left the isle for opportunities overseas, only a few have made it to the top-most level.

Although Sri Lanka is relatively a young team in world cricket, several of Sri Lankan cricketers have gone overseas in search of recognition for their cricketing abilities. Despite the fact a fair amount of cricketers have migrated to ply their trade to other countries, only  a handful of them have actually managed to play for the national teams of their respective countries.

Here we have compiled a list of six such cricketers, who were born in Sri Lanka but later played for other countries.

Think that we are worth reading? Then keep in touch with us by Liking our Facebook page.

Born in Colombo in 1915, Mahadevan Sathasivam was the greatest batsman ever on earth according to Sir Garfield Sobers. Fran Worrell, one of the three Ws of the West Indies, called Sathasivam as the best batsman he had ever seen.

Though he could not play tests for Ceylon, then, didn’t have test status, everyone who played against him in first class matches has vouched for his batting expertise. After getting implicated in the murder of his case, of which he was exonerated later, Sathasivam moved to the Malacca and played cricket for both Singapore and Malaysia.

Satha, as he was dotingly called, captained all three countries making him probably the only cricketer to have captained three national teams.

Sanjayan Thuraisingam was born in Colombo on the 11th of September, 1969. A Tamil by origin, Sanjayan migrated to Canada and played 9 ODIs and 2 first-class matches for Canada. A tall, burly fast bowler, Sanjayan was the highest wicket taker in the 2001 ICC trophy.

He was a part of the Canadian team that played in 2003 World Cup and more memorable he picked up the wicket of Sanath Jayasuriya in the match against Sri Lanka, his country of birth. Known for his accuracy and immaculate line and length aided by variation in pace, the right arm fast bowler picked up the wicket of Adam Gilchrist for one run in the match against Australia in the Commonwealth Games tournament. He backed it up by bowling four overs for just five runs against Sachin Tendulkar and Khoda.

However, a fallout with the Canadian management kept him out of the Candian side for some time. 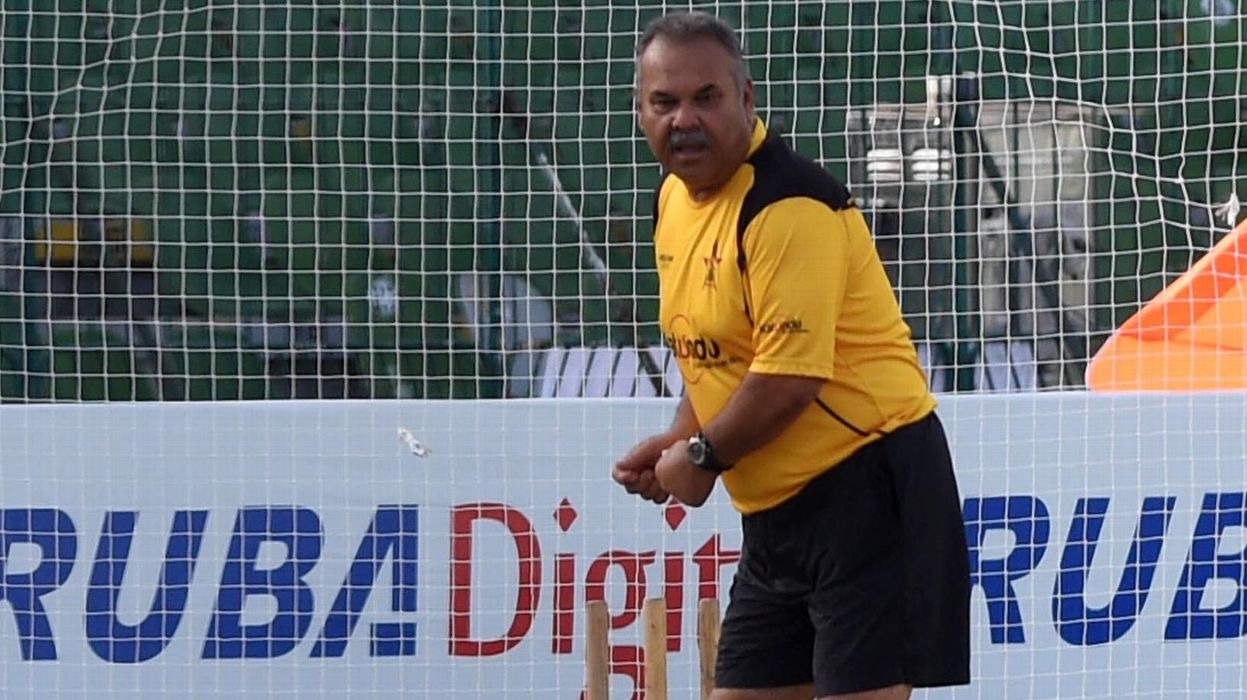 The world cup winning coach for Sri Lanka in 1996, Whatmore, was a member of the Australian side from 1979-1980. He played seven tests and a solitary ODI for Australia. But what he is known for is not for his skills as a cricketer but for his prowess as a coach. He coached Sri Lanka when Sri Lanka won the world cup in 1996 and Bangladesh when they rose as a reckonable force in world cricket.

What many don’t know is the fact that Whatmore was born in Sri Lanka and migrated to Australia in 1962. Whatmore is an alumnus of Royal College, Colombo, and his family decided to leave the island after the ‘Sinhala-only’ Act came into effect.

The 24-year-old Canadian cricketer, Ruvindu Gunasekara, is a Colombo born cricketer who is also a son of Niron Gunasekara, who has played first-class matches in Sri Lanka. In 2006, Ruvindu migrated to Canada and two years later, at the age of 16, he made his debut for the Canadian national team.

A top order batsman by trade, he enrolled into the University of Toronto Scarborough in 2010 to pursue a degree in management.

Born in Colombo in 1991, Andri Berenger is a right-handed opening batsman who also keeps wickets. His cricketing career flourished in the UAE when he was a part of the under 15 UAE team that participated in the Gulf Cup in Bahrain, which eventually lead him to win a scholarship at St.Peter’s Collge, Colombo.  In 2008, he made his first-class debut for the Seeduwa Raddoluwa Cricket Club and later represented Sri Lanka in the under 19 world cup in 2010.

With opportunities to play for the Sri Lankan national team looking slim, Berenger moved back to the UAE and made his ODI debut for the Arabian side in 2014.

Flavian Aponso was a Sri Lankan born cricketer who was part of the notorious rebel tour to the apartheid South Africa. This resulted in him in being banned from playing cricket in Sri Lanka and h was forced to move to the Netherlands.

At the age of 44, Aponso represented the Netherlands in the 1996 World Cup playing five ODIs for them. He was a top-order batsman who at times opened the batting for his team. He retired from international cricket after the 1996 world cup.

Opinions
Hathurusingha is no magician
Sri Lankan fans have clearly run out of patience. But why? And how justified is it?

Opinions
The selectors and the team management are the biggest culprits behind Sri Lanka’s struggles
Sri Lanka should stop thinking that certain players are be-all and end-all of the team and must look beyond them if they are to regain their pride in world cricket.

This work by https://www.cricketmachan.com is licensed under a Creative Commons Attribution-NonCommercial-NoDerivatives 4.0 International License.